A classic Faulkner novel which explores the lives of a family of characters in the South. An aging black who has long refused to adopt the blacks traditionally servile attitude is wrongfully accused of murdering a white man

at once an engrossing murder mystery and an unflinching portrait of racial injustice: it is the story of Lucas Beauchamp, a black man wrongly arrested for the murder of Vinson Gowrie, a white man. Confronted by the threat of lynching, Lucas sets out to prove his innocence, aided by a white lawyer, Gavin Stevens, and his young nephew, Chick Mallison. 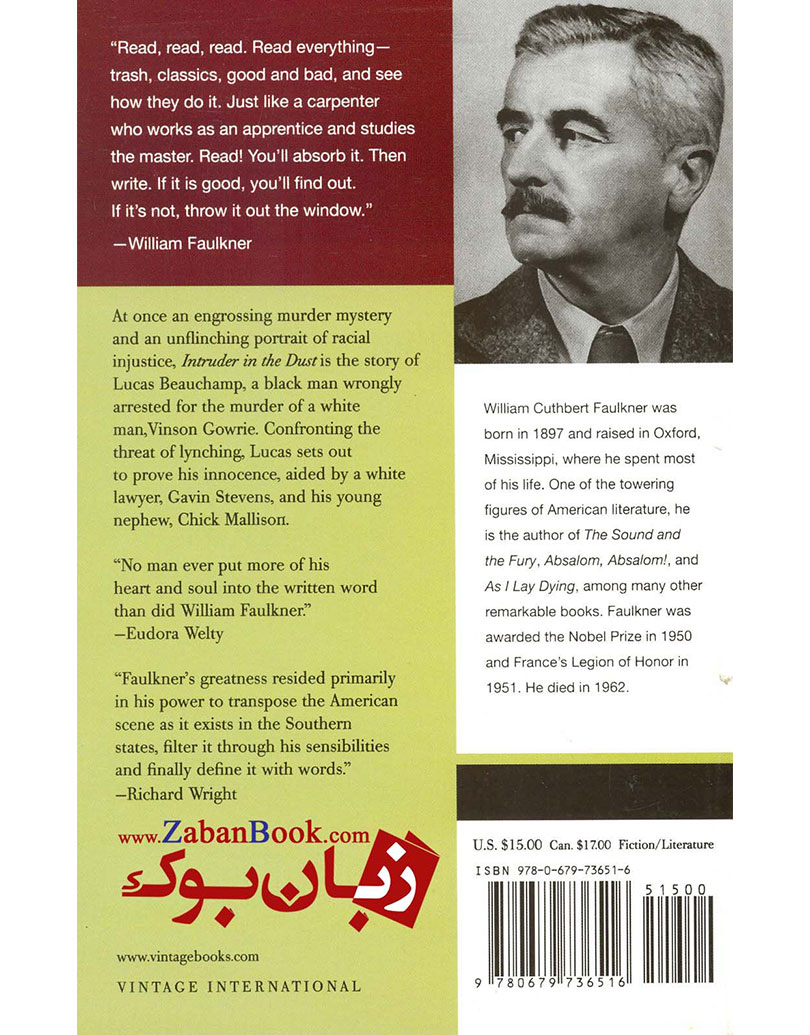 کتاب رمان انگلیسی A Portrait of The Artist As a Young Man
35,000 تومان

کتاب رمان انگلیسی The Naive And The Sentimental Novelist
15,000 تومان

کتاب رمان انگلیسی A Portrait of The Artist As a Young Man
35,000 تومان